In the second decade of life, children undergo dramatic physical, mental and social transformations, requiring parents to adapt and strike a balance between too much or too little regulation. My work is to help the teen grapple with the conflicts and simultaneously to strengthen the relationship with his/her parents.

Teenage Transformations – Teenagers are gripped in a torrent of physical and mental transformations that cascade them forward, forcefully and energetically. The obvious linear growth, body maturation and emerging sexual energies are paired with dramatic brain restructuring and growth, especially in the frontal lobes, which are responsible for planning and decision-making. Along this developing course arise stunning new capabilities for abstract reasoning, engaging in self-reflection, and creatively imagining and planning for the future. In addition to the physical and cognitive changes, teenagers undergo a relational shift, folding themselves into their peer culture and pulling back from their earlier heavy reliance on their parents. They build, test and practice these newly emerging cognitive and relational powers and skills, readying themselves for the plunge into their young adult lives. 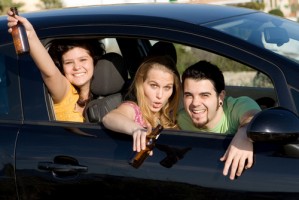 Exhilaration and Risk – For young people these transformations are dramatic, exciting, often exhilarating: the subjective thrill of newly formed mental powers, the pleasures of awakening sensualities and sexuality, the growing sense of self distinct from one’s parents and family, and the cultivation of separate ideas and values.

But this decade also holds challenges to a young person’s well-being. Navigating fast currents and potentially treacherous eddies of teenage life can be daunting: peer pressures, risk taking with alcohol, drugs and driving, issues of body image, sexual indiscretions, social exclusion and bullying, scrapes with the law, demands for academic excellence. Remaining grounded while meeting these emerging internal and external challenges is the teenager’s work, and it is not easy. 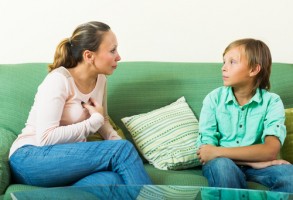 Adjustments in Parenting – These challenges call on parents to adjust and modify their thinking and ways of engaging their teenager. With measured, thoughtful reflection, parents learn to pull back on the necessary controls and boundaries belonging to an earlier era in their now teenager’s life. Holding too tightly to the controls of an earlier time invites resistance and the risk of outright rebellion. By contrast, too permissively loosening controls and safe boundaries risks a teenager spinning into a potentially dangerous swirl of behaviors that threaten a young person’s well-being. Success depends on striking a balance between too much or too little regulation and/or restriction.

The Work of the Therapist – As the therapist of a teenager my work is to join in facilitating the emotional and mental growth of this era in a young person’s life. I hold dear and strive to respond to a teenager’s unique narrative and life experiences. The same principles that animate my work with younger children hold true for my work with teenagers: 1) to help them through their conflicts and struggles, and 2) to strengthen their relationships with their parents whenever possible.

This magnitude of developmental changes requires adaptive flexibilities in both directions between parents and their teenager. These re-calibrated adaptations are challenging: a teenager and his/her parents may get caught up in tense and troubled exchanges, quite often associated with a young person’s drive for greater autonomy. Unless these conflicts are addressed and worked through, the tensions can persist and escalate into alienation, even estrangement. Therefore, especially in the context of such tensions, it is important for the therapist to involve parents, meeting with them either separately or with their son or daughter.

The Importance of Protecting Privacy – In working with teenagers, it is critical to preserve a young person’s privacy. To assure it, a teenager and the therapist must talk through ahead of time what can and cannot be shared with parents. And it is seldom the case that teenagers do not welcome their parents’ involvement; they need their parents’ support in working through their challenges and difficulties and promoting their growth.

The Privilege of Working with Teenagers and their Families – In the context of these dramatic developmental transformations, there is the potential for so much to go wrong, and with serious consequences, perhaps more than any other period in one’s life. I take special pleasure in helping teenagers stay on track and move forward in their young lives, and I have often had the privilege of continuing to meet with them through their college years and even after.